Why do some teams stumble, while others soar? 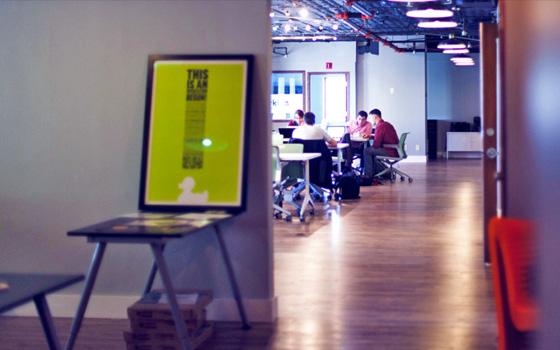 Why do some teams stumble, while others soar? That was the question that Google has spent the last five years studying, as part of its massive effort to measure—and optimize—nearly every aspect of its employees lives. The answer, as reported by Charles Duhigg (author of ‘‘The Power of Habit’’ and the forthcoming ‘‘Smarter Faster Better: The Secrets of Productivity in Life and Business’’) in The New York Times Magazine, surprised them.

“No matter how researchers arranged the data, though, it was almost impossible to find patterns—or any evidence that the composition of a team made any difference… Some groups that were ranked among Google’s most effective teams, for instance, were composed of friends who socialized outside work. Others were made up of people who were basically strangers away from the conference room. Some groups sought strong managers. Others preferred a less hierarchical structure. Most confounding of all, two teams might have nearly identical makeups, with overlapping memberships, but radically different levels of effectiveness.”

“Was it better to let everyone speak as much as they wanted, or should strong leaders end meandering debates? Was it more effective for people to openly disagree with one another, or should conflicts be played down? The data didn’t offer clear verdicts. In fact, the data sometimes pointed in opposite directions.”

So what did make a difference? Google’s data indicated that something known as psychological safety, more than anything else, was critical to making a team work.

Psychological safety, writes Harvard Business School professor Amy Edmondson, is ‘‘a sense of confidence that the team will not embarrass, reject or punish someone for speaking up. It describes a team climate characterized by interpersonal trust and mutual respect in which people are comfortable being themselves.’’

Google’s finding doesn’t surprise us—it reinforces what we repeatedly experience in our work in organizations. We talk about it in different ways sometimes, as trust, emotional intelligence, culture, but whatever the language, psychological safety is the foundation that group success is built on, while its absence gives rise to all kinds of dysfunctional behaviour.

Of course, establishing psychological safety is, as Duhigg writes, “by its very nature, somewhat messy and difficult to implement.” Researchers have identified some useful measures, such as ‘‘conversational turn-taking,’’ (group members speak in roughly the same proportion over time) and ‘‘average social sensitivity’’ (basically meaning empathy, the ability to understand and share the feelings of another), but the numbers point more to where a group is at, rather than how to get where they want to go.

“To feel psychologically safe, we must know that we can be free enough, sometimes, to share the things that scare us without fear of recriminations. We must be able to talk about what is messy or sad, to have hard conversations with colleagues who are driving us crazy. We can’t be focused just on efficiency. Rather, when we start the morning by collaborating with a team of engineers and then send emails to our marketing colleagues and then jump on a conference call, we want to know that those people really hear us. We want to know that work is more than just labor.”

In our work with organizations, this means building communication skills and, perhaps even more critically, building listening skills. It means having an open dialog that includes being able to share emotions. It means building both self-awareness and social awareness. We create platforms and language that enable teams to work through their insecurities, fears and aspirations in more constructive ways. The work happens in a mixture of group and one-on-one settings. It takes time and effort. It takes commitment.

We also integrate approaches like the one offered by MIT’s Ed Schein, a pioneer in the arena of organizational development and one of our great sources of both inspiration and practical direction. In his book The Corporate Culture Survival Guide, Schein outlines eight conditions for creating psychological safety in organizations undergoing change: A compelling positive vision, Formal training, Involvement of the Learner, Informal training of groups and teams, Practice fields, Coaches and Feedback, Positive role models, Support groups, and Systems and structures consistent with the desired changes.

From The Corporate Culture Survival Guide

“If you consider the difficulty of achieving all eight, and the energy and resources that have to be expanded to accomplish them, it is no small wonder that changes are often short-lived or never get going at all… On the other hand, when an organization sets out to truly transform itself, the eight conditions described can be created and significant cultural changes can be achieved.”

Google’s effort is a reminder that, as Duhigg concludes, when companies try to optimize everything, it’s sometimes easy to forget that success is often built on experiences—like emotional interactions and complicated conversations and discussions of who we want to be and how our teammates make us feel—that are not easily optimized.

What we’ve repeatedly seen in our work with organizations is that, when our clients are truly committed to working on things like listening and empathy, and when they have the courage to examine how their culture helps and hurts their team efforts, they accomplish great results.

The WYSIWYG Co. is the coaching partnership of Caroline Sugarman and Aaron Sugarman. We are members of the International Coach Federation (ICF), with more than 30 years of combined coaching and consulting experience.

We work with individuals and organizations, through a mix of one-on-one coaching, workshops and group work that builds leadership and communication skills and improves team performance.

We support our work with assessments that generate insight, highlight strengths and areas for development, and help organizations make better hiring decisions.

An occasional digest featuring the best of our blog and curated reading list.